Another Junior Team sponsored this time in South Africa

We are very happy to see another Junior Sport Team enjoying our Sponsorship Program. This time the team is located in South Africa, more exactly in Philippi close to Cape Town.

The project has been coordinated locally by Dannie from the Rainbow Dreams Trust and our agent and partner in South Africa One Touch Retail Solutions through Gary Benatar and Bernard Leroux who also decided very generously to double the amount of the donation.

Onke Luthi, the Philippi Youth Club Project director and soccer coach, was very excited when he heard about the sponsorship for a Junior Soccer Team. It has been a dream of his for a long time to be able to put a soccer team together under the banner of Rainbow Dreams Trust. However, there are always so many pressing things to attend to with the township children that soccer has always had to take a back seat.

With the money the Youth Club Director decided to buy new equipment for the boys – new boots, balls and bibs. The whole shopping trip was a big happening for the newly formed team. One or two of the boys were even in tears when they were fitted with boots, never having owned boots before and the entire store stood still with other customers looking on in awe at the children’s faces. Each child was given boots one size larger than their size, so that they can wear them for a long time. The coach will keep the boots at his house, this way we know the boots will not be stolen or borrowed. “The atmosphere in that store was electric”, reported coach Onke Luthi.

“I want to thank K.Hartwall and One Touch Retail Solutions on behalf of all of us at Rainbow Dreams Trust, for believing in us and what we are trying to achieve with these children, giving them light instead of darkness for their future.”, stated Dannie from the Rainbow Dreams Trust association. And this is exactly the most important: that through this initiative we can give a chance and share with those who don’t have enough.

Now the Philippi boys can practise to get ready for the next soccer season starting in April next year and we are already looking for a new Junior Team to sponsor on another continent again. We will continue the program as planned and keep you posted with the 62 teams left out of the 64 countries where K.Hartwall is actively selling. 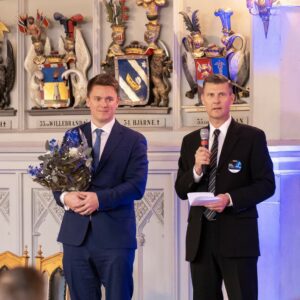 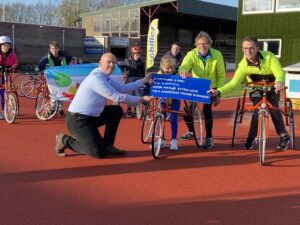