The term “Loose load” describes the loading of cargo directly into a truck or container without the use of load carriers. Today, loose loading is widely used for both bulk transportation and parcels as it maximises truck fill. But see what PostNord has tested.

However loose loading is both a labour intensive and slow process, and the current pressure for faster throughput and later cut-off times, in addition to reducing parcel sizes, is changing the business logic for a large proportion of parcel shipments.  Also the need to speed up gate utilisation and challenges in labour availability are creating the need to find faster and more automation-friendly ways of processing parcels throughout the terminal network.

PostNord, one of the leading parcel operators in Northern Europe, has been cooperating with logistics expert K.Hartwall to develop a load carrier called BigBox. This is an alternative to loose loading, decreasing unloading and loading times and also reducing unnecessary sorting when possible. The K. Hartwall BigBox is a truck-wide stackable unit that aims to find the optimum balance between maximum truck fill and enabling fast loading and unloading of trucks. During the past 18 months, PostNord has been piloting the BigBox between two parcel terminals to understand the benefits of load carriers versus loose loading.

While loose loading will likely continue to be the optimal solution for selected long distance line-hauls, in many cases using load carrier like the BigBox will bring clear benefits in both speed and efficiency. “A high saturation in loose loading drives costs and time consumption in loading and unloading, and to balance this, a long transport distance is needed” says Jesper Stahl Hein, Senior Project Manager at PostNord.

When looking at using load carriers, there are some clear benefits in speeding up operations. At the receiving area, using automatic tipping means considerably less time and labour is used to unload and load trucks, allowing a continuous flow of goods to be maintained. Load carriers can also make pick-ups more frequently, which helps to facilitate later cut-off times.

One of the key benefits when working with a load carrier like the BigBox is that packages can also be pre-sorted, and this paves the way for ‘zone skipping’ or cross docking. Jesper continues, “When the parcels in a truck load are split up into a number of load carriers, it becomes possible to divide the parcels by for example geography, customers, format or time and urgency, in a way that may improve or speed up the following processes.”

In the right conditions, load carriers remove the need for telescopic conveyors, as well as reducing the need for ‘swap bodies’ which have the potential to block doorways and access points. “The need for swap bodies is replaced by a need for space for storing and handling empty and full load carriers,” adds Jesper.

By deploying load carrier equipment, parcel depots can reduce product damages, while enhancing the management of irregular and non-conveyable items. Fewer conveyors are required during the infeed phase, and priorities are easier to define. In the future, load carriers will facilitate a high level of automation as both automated tipping and robotic filling will become more readily available.

Despite these benefits, there are also some disadvantages associated with using load carriers and the decision to switch should be made based on a clear business base, as a level of investment is required. On average, load carriers yield a lower load factor of trucks, while a subsequent provision must be made in respect of pool and asset management.

The real cost savings of using load carriers for parcel companies will depend on individual business cases. It is however clear that the development of technologies such as AGVs and robotics, and the use of compatible load carriers, will make it possible to improve the logistic network, meet new market demands and reduce parcel sortation costs in the future. 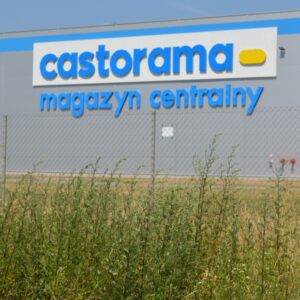 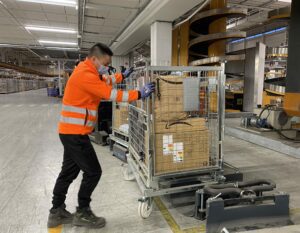 The LiftLiner® is the complete package 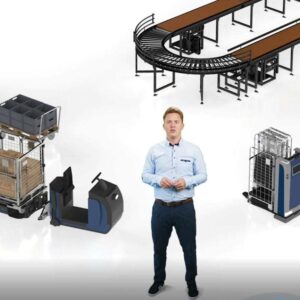 Read more
←Back to Innovation